Click here to Join today for a free membership! 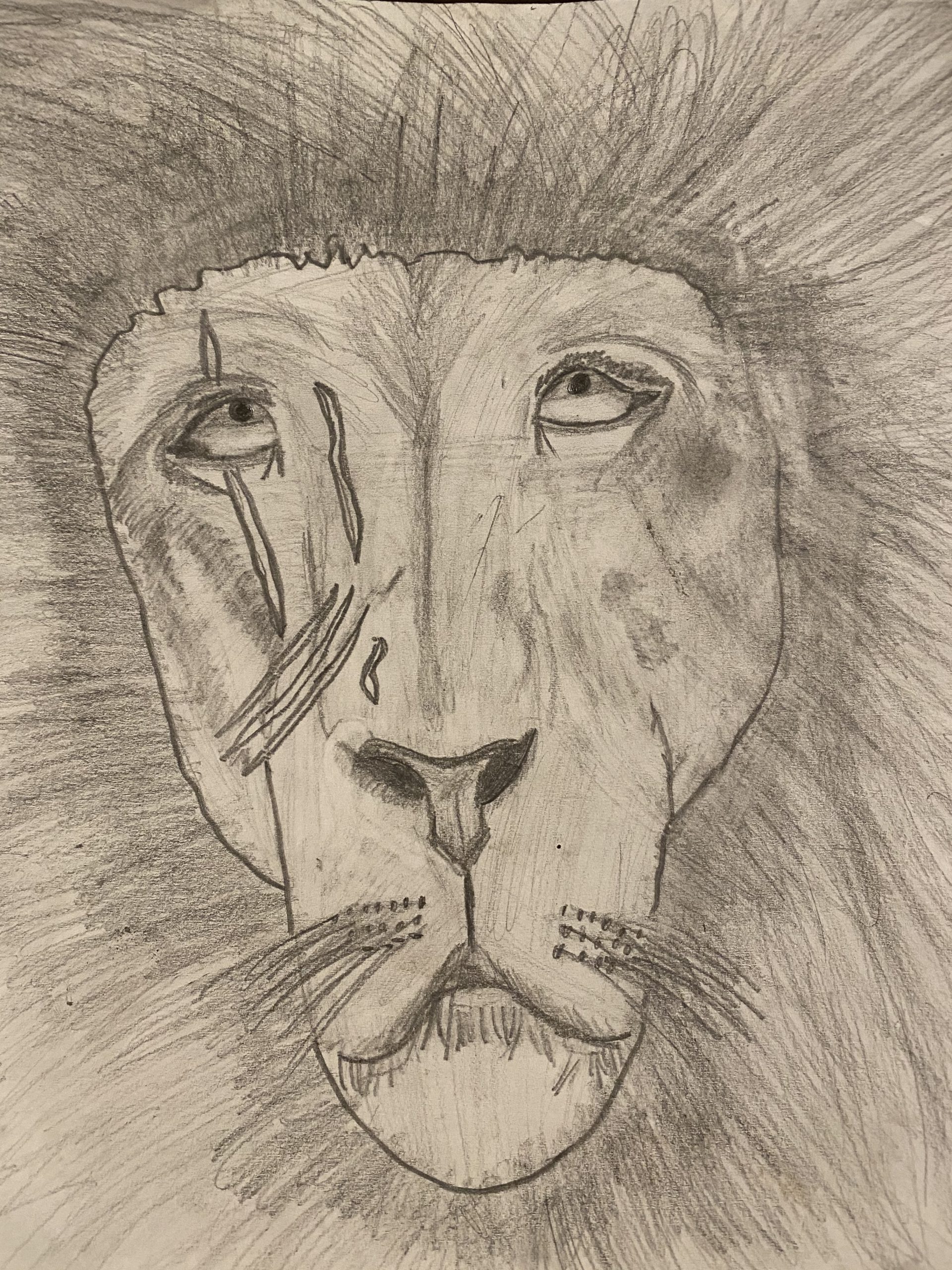 I asked my eldest son, who was healed by Jesus Christ, to draw me a picture of a lion for this book.  A few days later, he came up with this drawing.  I initially wanted to put it on the cover; but the more I looked at the sketch, the more I saw my own reflection in it, for many reasons.  I then decided to have the Lion of Judah replace this sketch on the front cover.

It is Jesus Christ who is The Warrior Within Me and placing Him on the cover is a much more accurate depiction of the Warrior.  My son’s drawing, which depicts a battle-wounded lion — whose scars have healed but are not gone, and whose eyes are fixed at the heavens above, looking to God for help — would be a representation of my appearance from within my soul.  An image that no one can physically see of me, unless they look at me with their spiritual eyes.

We are all battle wounded warriors; but the difference is, who is the Warrior within you?